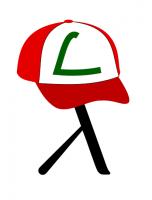 Comments in green were written by me. Comments in blue were not written by me.
⭐ top comment (2021-03-22) ⭐
I am a pensioner studying maths with OU. Currently doing M248 stats module. My enjoyment of MLEs has been magnified by your wonderful realhats package. It's a good job I'm 99% tee-total or my tutor would be getting a dubious assignment (still leaves a 1% chance of malt-driven mischief though).
Dave