All 2020 advent puzzles ~ More information
Today's number is a three digit number which is equal to the sum of the cubes of its digits. One less than today's number also has this property.

Source: UKMT 2011 Senior Kangaroo
How many positive two-digit numbers are there whose square and cube both end in the same digit?

In the Christmas tree below, the rectangle, baubles, and the star at the top each contain a number. The square baubles contain square numbers; the triangle baubles contain triangle numbers; and the cube bauble contains a cube number.
The numbers in the rectangles (and the star) are equal to the sum of the numbers below them. For example, if the following numbers are filled in:

then you can deduce the following:

What is the number in the star at the top of this tree? 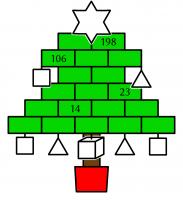 You can download a printable pdf of this puzzle here. 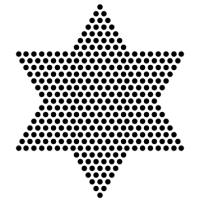